This museum is in a beautiful building with ironwork by Hector Guimard, who designed the iconic Paris subway ironwork. It also has a fabulous suite of furniture, objects and jewelry by Guimard, and some other cool nouveau objects. But, all in all, I found the artwork to be mostly sloppy seconds compared to the other museums in town. In the “Monet room,” there were no Monets. Normally, there is one, but it was on loan elsewhere. There was a nice Mary Cassatt and some second-rate Pisarros. There’s plenty of stuff from other eras, too, including what appeared to be a good collection of religious artifacts and icons. And an interesting room of animal drawings. Many of the objects were very poorly lit and hard to see with the naked eye, let alone photograph. I had hoped to see the Dutch impressionist exhibit, but alas, it was gone. So other than the nouveau stuff, the permanent collections were “meh” for me. But, hey, it’s free, so if you’ve got some spare time or are doing Paris on a tight budget, maybe it’s for you. 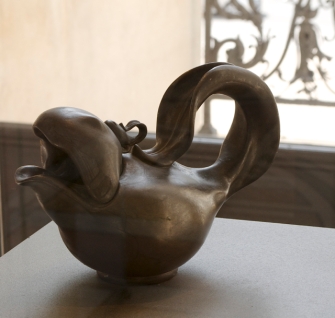 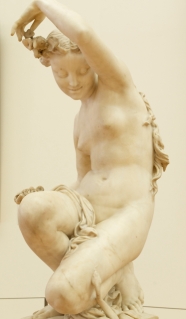 Entrance to the Petit Palais.